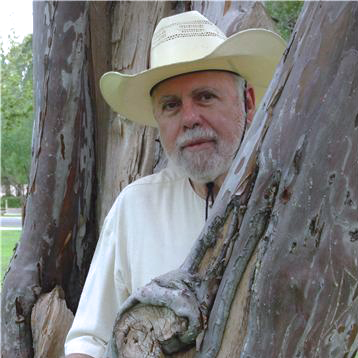 “Artist Wayne Carl Huber creates. The word ‘artist’ in front of his name lets you know he creates through his hands, by way of his mind and his heart… For more than half a century he has been spreading his artistic knowledge to students of all ages: teaching, advising, encouraging, improving, mentoring. ‘My students are all prize winners,’ he said. Huber’s illustrious career includes representations in galleries, eight one-man shows, a half a dozen group shows, 15 juried exhibitions and four prestigious prizes between 1971 and 1988, and undoubtedly there are more to come. Architecture ‘served me well’ Huber started his career with an aim toward architecture in the late 1950s and early 60s, but was drawn west where he ‘got his kicks on Route 66,’ and ended up in Tucson, Arizona. With thoughts of teaching, he moved even farther west to San Diego, where it dawned on him that he was going to be an artist. He went back to school at Eastern Michigan University, majoring in painting, and met and married his wife in 1965. He sold real estate and worked as a landscape architect. ‘My background in architecture really served me well,’ Huber said, and he made a living combining his education with his natural talent in art. It was in the mid-1960s that he started doing what he’s so good at: teaching. He taught high school art in Midland, Michigan, and was soon a tenured faculty member at Lewis & Clark Community College in Godfrey, Illinois. He holds lifetime teaching certificates from the states of California, Michigan and Missouri, and is certified in New Mexico as well. His love of the Southwest, which had simmered in his heart since his days in Tucson, guided him back to Arizona for a master’s degree in painting and printmaking in 1970 from the University of Arizona, and he’s never looked back. He planted roots in Las Cruces in 2000 and hasn’t slowed down a bit. ‘I look for variety’ So what influences his art? ‘Diversity,’ Huber said. ‘I look for variety. I decide on a direction and move into that direction.’ Which is how he does just about everything in life. Not only does Huber enjoy teaching children, he has on-going classes for artists of all ages, and he has the uncanny ability to coax the very best out of his students. His friend and student Beverly Pirtle, who works in watercolor, has been studying with Huber since his early days in Las Cruces, and her success as an artist is impressive in that it occurred so quickly, and later in life. ‘Watercolor is a magic medium,’ Pirtle said. ‘Just like dying fibers, I can have an idea of what I want the finished material to look like but the medium takes a turn and decides where it wants to go. Then I have to get creative and take it from there.’ Over the past eight years she has been taking drawing and watercolor classes and workshops from many artists including Marie Siegrist, Nancy Begin, David Drummond, Jan Hart, Sterling Edwards and, of course, Wayne Huber. ‘Why do I still study with him after eight years?’ Pirtle said. ‘The answer is simple: Wayne is a gifted teacher who has a bottomless glass of knowledge and passion for art and education.’ In addition to creating art, he’s also a musician who plays piano, which isn’t a surprise to the people around him, who watch him produce so much beauty. It’s just one more thing he does. In the future, he’d like to expand on his classical music education and get into playing jazz on the piano. Diversity, indeed. Huber teaches ongoing arts classes open to high school students and adults on subject matter such as still life and landscape, pencil and pastels and beginning, intermediate and advanced drawing and painting. His classes take place at My Place Jewell Store and Studio, 132 B Wyatt Drive including dates, times, locations and fees are available by calling Huber at 575-647-5684 or by emailing wch1966@msn.com.”
-By Susie Ouderkirk
Las Cruces Bulletin, May 6, 2016